Around the Year in My Garden

Each year cycles around through the seasons. Spring is followed by summer, which tumbles into fall, then winter's slumber comes,
to slowly loosen its grip and turn again to spring. Each is unique. This spring? Different from those that came before, and unlike those
waiting in the wings of the future. Each is also specific to its place. My garden is different from my neighbor across the road on
the sunnier side of the street, different again from a neighbor down the road on my side but always colder by a few degrees.
If microclimates can vary so much from one side of the street to the other, think what the differences can be from one end of
the state to the other. To another neighboring state. In a state at greater remove. Many of the chores will be the same, but
their timing may shift, earlier in warmer climates than New Jersey, later in colder ones. So here are some tasks and timing
for BelleWood Garden's schedule. To provide comparisons to your home place, I've added data for temperatures and
precipitation, and other tidbits of information. This will be a 2009 work in progress, and I'll add information month by month.

I can share with you what I do and when I do these tasks in my garden, which is in Hunterdon County, New Jersey
not far from the Delaware River. The growing season is about 167 days. The average date for the last killing spring frost
is April 29th. The first frost in fall is around October 13th. Measurable precipitation falls in approximately 120 days / year.
Annual precipitation generally averages 46.42 inches, although 1971-2000 has been wetter, averaging 49.34 inches.
I've lived here since September 1995, in which time frame there have been two severe droughts, one from July 1998
to September 1999 (which included a snow drought) and was ended by Tropical Storm Floyd with a
record-breaking rain on 16 September 1999. More recently there was a severe drought between October 2001 and
November 2002 which was ended by as series of nor'easters with torrential downpours resulting in a wetter than
normal November. Such storms may restore precipitation averages but do little for dessicated plants.

Summer temperatures can reach into the 90s Fahrenheit, even to 100° F. or more.
Winter temperatures can dip to the single digits, Fahrenheit, and sub-zero is not unknown.
When daytime temperatures do not reach the freezing point for several days in a row
that means frost strikes deep, especially when snow cover is unreliable and the soil
is not free draining. This is why I am sceptical about the USDA hardiness zone maps.
They rely only on average winter low temperatures, and not how long it remains cold.

BelleWood Gardens is mostly wooded, slopes to the northwest, has red clay soil. 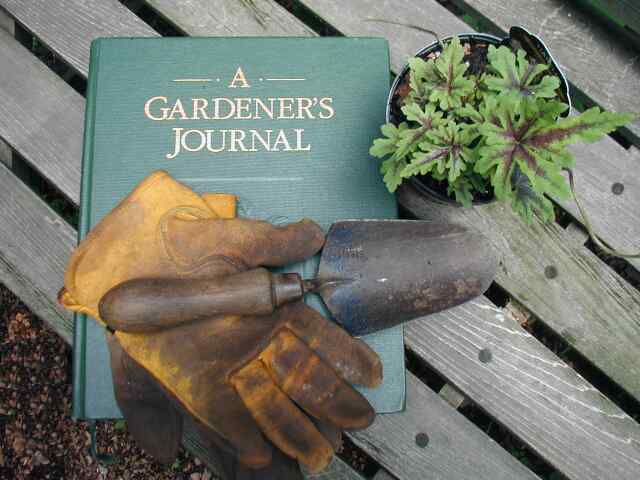 Back to the main Diary Page